A Louisiana man recently received an implant that will help to treat his opioid addiction.

39-year-old Alvin Dutruch is the first -- and only -- former Louisiana prisoner to try this procedure.

After a car accident left him with a broken back, Dutruch developed an addiction to prescription painkillers. As a result, he lived in and out of prison for several years. His addiction to pills escalated to crimes like bank fraud in order to obtain more drugs. He ultimately ended up addicted to street heroin.

"I became a slave to my addiction," Dutruch said. "It literally took everything and stripped me of my character, my personality, of my career, my family."

The state incarcerated Dutruch for his drug-related crimes, but never offered him any form of rehabilitation. As a result, each time he was released from prison, he went back to using drugs.

But during Dutruch's last days at The Louisiana State Penitentiary, the state offered him a fighting chance.

The Naltrexone implant helps to fight the brain's opioid cravings.

BioCorRx, a company who develops programs for addiction treatment, offered to cover the cost of the procedure. Doctors placed Dutruch's implant in his abdominal area within the fatty tissue.

His results so far: great.

"And now for the first time in the better part of 16 years, within hours after I got the implant, those cravings were gone," he said.

The implant is not a cure for addiction. However, it does help tremendously in the treatment process.

What's more, BioCorRx offers a tool to go along with the implant. The tool is an app that allows patients access to a peer support individual at any time of the day. 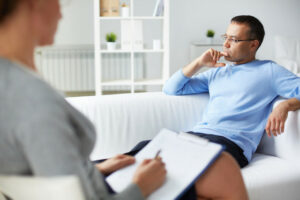 In order to receive the implant, Dutruch had to agree to use the app daily and go for regular counseling. He says the treatment protocol has already allowed him to get a full-time job and reform broken relationships.

The Food and Drug Administration (FDA) has not yet approved Naltrexone implants. However, compounding pharmacies have been offering them for nearly twenty years.

To learn more about BioCorRx, visit their website here. 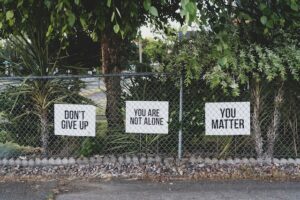 Why you should support NGOs